Life on a coral reef is incredibly rich and varied. This fragile environment is home to stunning flora and fauna but none are more beautiful than the new kid on the block: the Rose-Veiled Fairy Wrasse (Cirrhilabrus finifenmaa).

This beautiful little fish calls the waters around the Maldives home and has only recently been discovered to be a separate species. With a vibrant mix of reds, yellows, purple, and electric blue, it stands out from the crowd – even a crowd as beautiful as those swimming around coral reefs.

But what’s so special about this colorful little fish? Read on to find out! 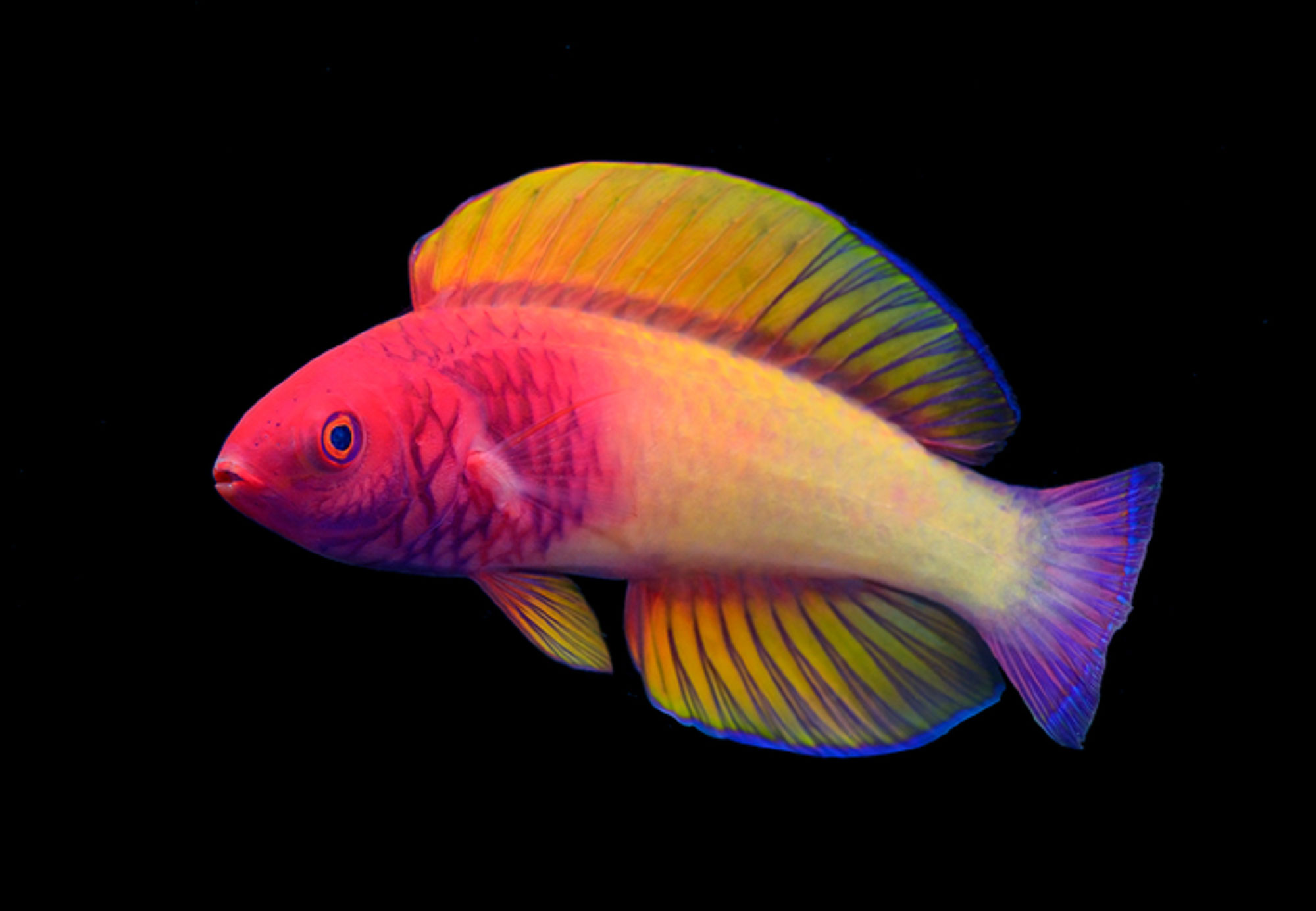 The rose-veiled fairy wrasse may be no bigger than the pictures you view of it – it only grows to be about 7cm long, or a little less than 3 inches. While one may eat a baby fish if it happens by it, they mostly feed on small invertebrates and crustaceans. 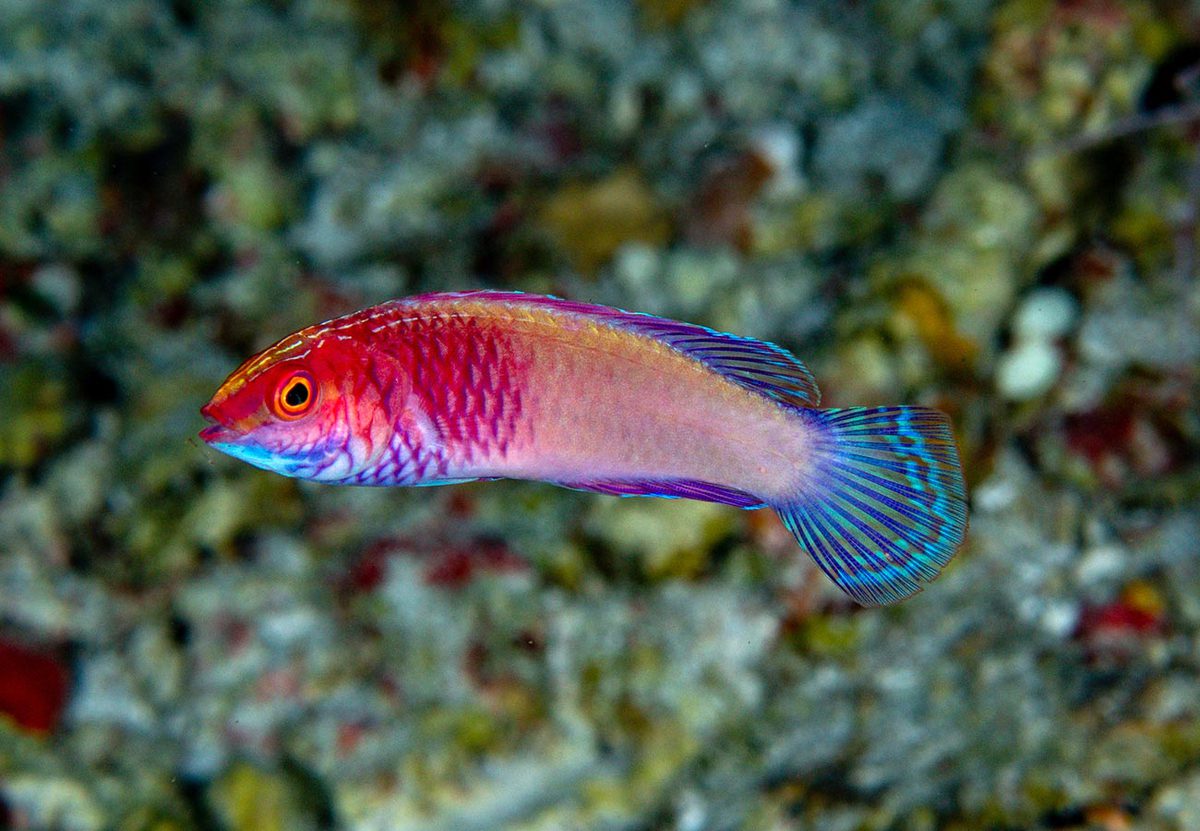 3. It’s named after a flower

The formal description of this new species came from Ahmed Najeeb, part of the team from the MMRI and a Maldive inhabitant. The name is also from the Maldives, finifenmaa is the Dhivehi word for “rose”, and refers to both the wrasse’s stunning color and the national flower of the island state – the Pinkrose. 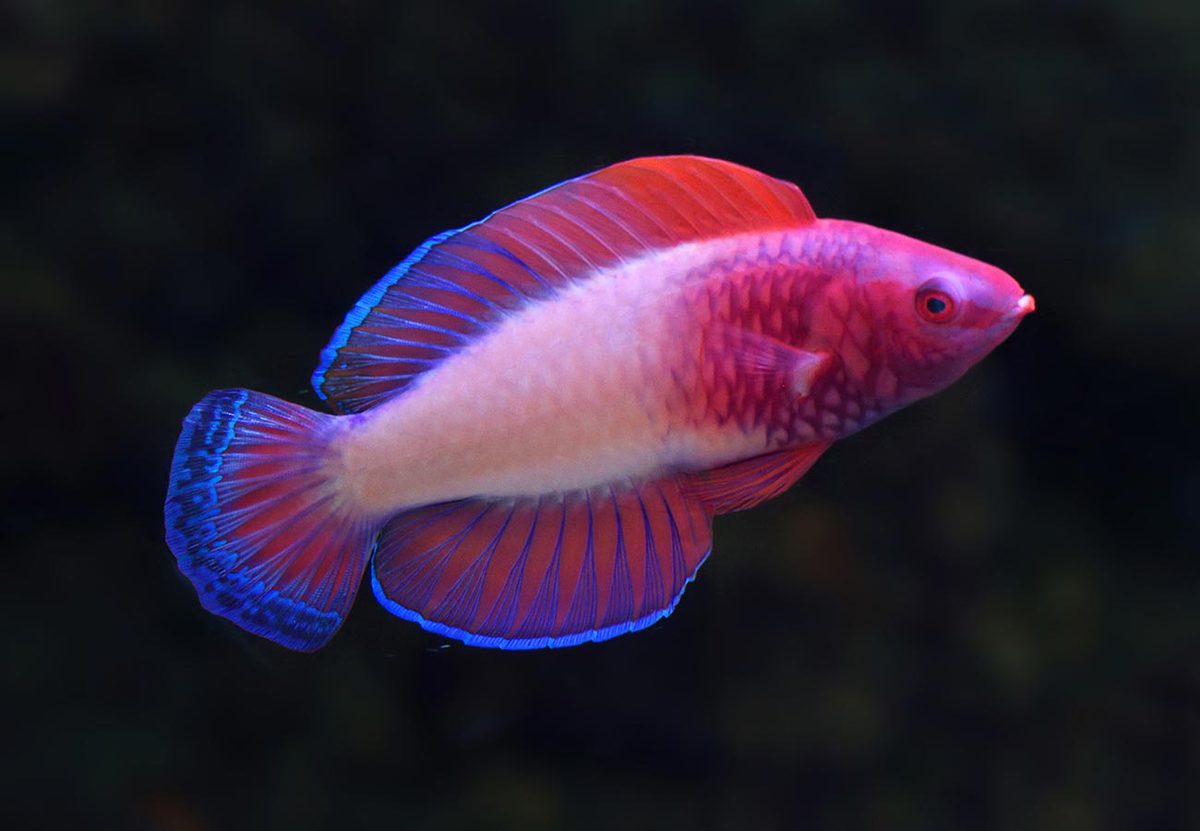 The rose-veiled fairy wrasse also glows in the dark! When viewed in the dark, the fish is dark purple with fluorescent pink around the head and throughout its fins. The fluorescent properties are in areas of the fish that are the brightest purple. This makes it special, even among other species of wrasse (of which there are over 600), as only a small number of fairy wrasse can boast this trait.

5. You won’t see it when you take a swim

The rose-veiled fairy wrasse is not a shallow-water species; it lives between 50 and 150 meters beneath the surface of the Indian Ocean – in what is known as the mesophotic zone. Mesophotic means “middle light”, and spans the depth of everything from the brightest-lit shallow waters to the very limits of where the sunlight can reach. 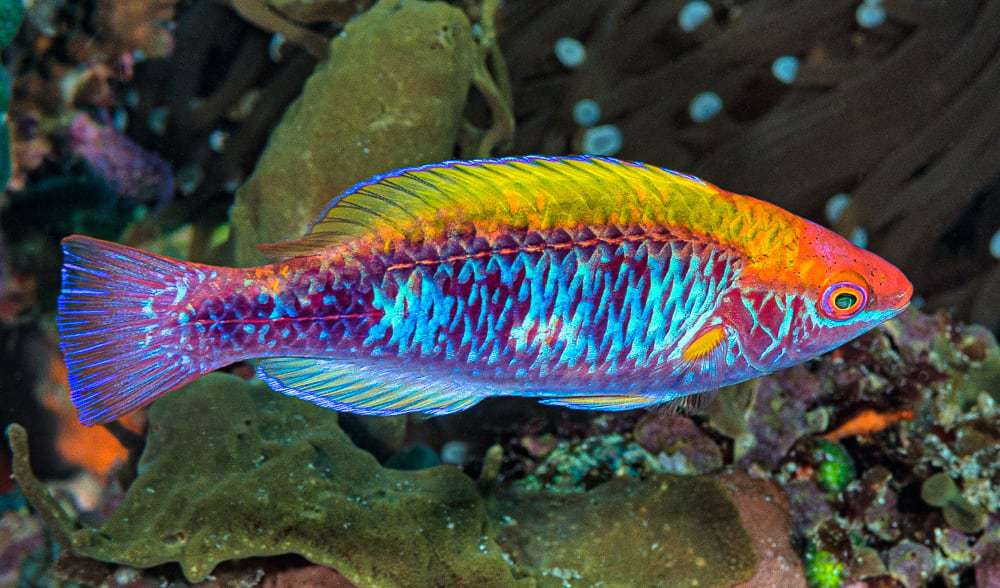 Highlighting the Need for Conservation

The discovery that one species is actually two means that distribution of each species is in a much smaller area that previously thought. This highlights the importance of conservation, as without it, species like this may be lost without us ever discovering them if their habitat is destroyed. Thankfully, however, we’ve discovered this beautiful fish and now conservationists can take action to protect and preserve this species.