The world is, at last, waking up to the fact that plastic in our oceans is a huge problem and threatens both marine life and our own wellbeing. The figures are staggering: there are over 50 trillion pieces of plastic and microplastics in the ocean that weigh around 165 million tonnes – the equivalent of over 2000 aircraft carriers.

There are more than 700 species of marine animals that are in danger of going extinct due to plastic pollution. The good news is that there are many people and organizations pushing for change. 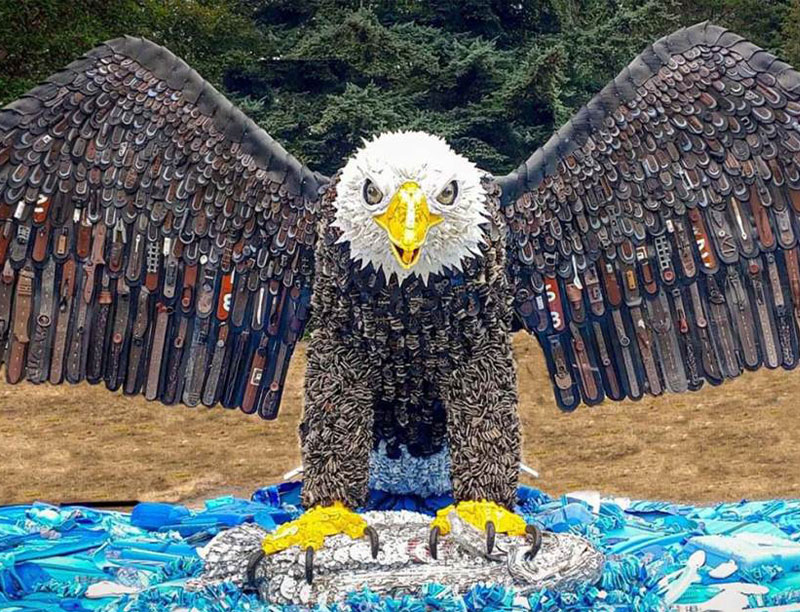 Art for the ocean’s sake

One group has found a way of both helping our fragile marine environment and creating beauty. The Washed Ashore Project aims to educate people across the planet about plastic pollution in the seas and waterways by creating stunning artworks from that very pollution.

Founded in 2010, the Project has enlisted the help of over 14,000 volunteers to clean over 300 miles of beaches along the Oregon coast. Washed Ashore is the brainchild of the Artula Institute, an NPO dedicated to promoting environmental issues through the arts.

So far, the Project has collected and processed 60,000 pounds of trash which has been repurposed to provide the raw materials for 86 breathtaking artworks. The volunteers not only collect the waste but also help clean and sort the plastic so that the artists can use it. 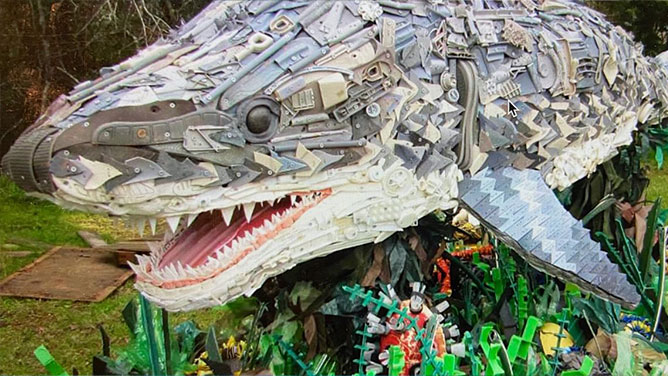 The latest sculpture to emerge from the Project is Rosa the Bald Eagle, a nine-foot-high bird with a wingspan of 15 feet. Rosa weighs around 2,000 pounds and is entirely made from plastic marine debris, assembled by 1,550 volunteers across the U.S. during the COVID-19 pandemic. 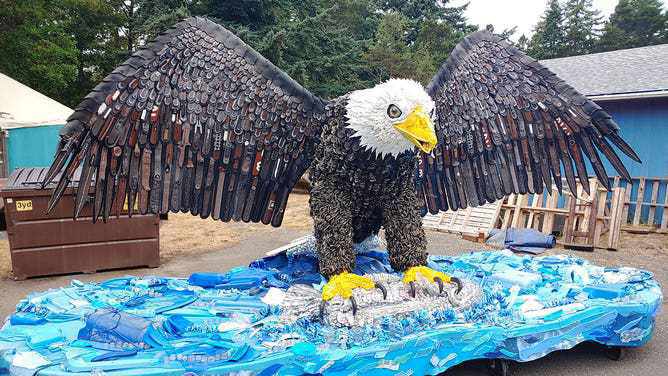 As Washed Ashore founder and Artistic Director, Angela Haseltine Pozzi is fond of saying “Everyone working together can make big amazing things happen.” Rosa the Bald Eagle is a spectacular example of that idea.

Other statues include a penguin largely made from black flip flops, and a long-horned cowfish, the idea for which was sparked by the discovery of a yellow buoy and a hard hat. 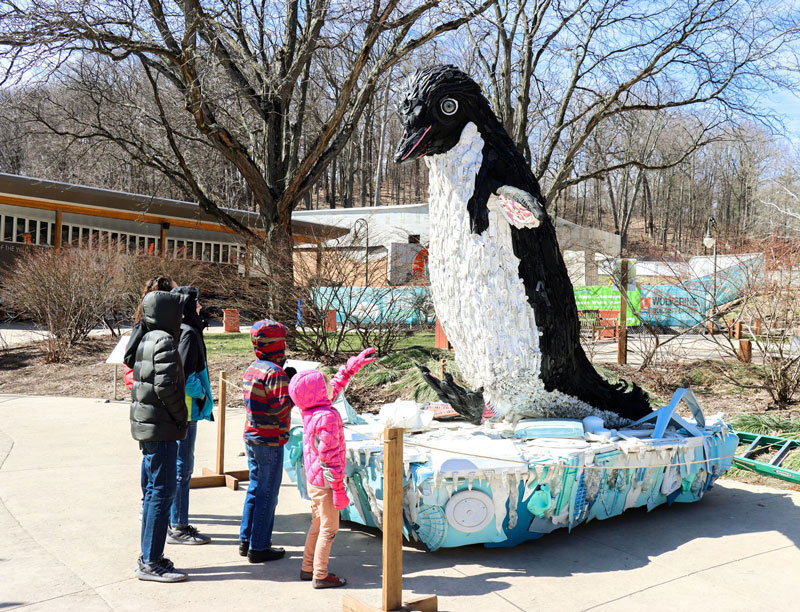 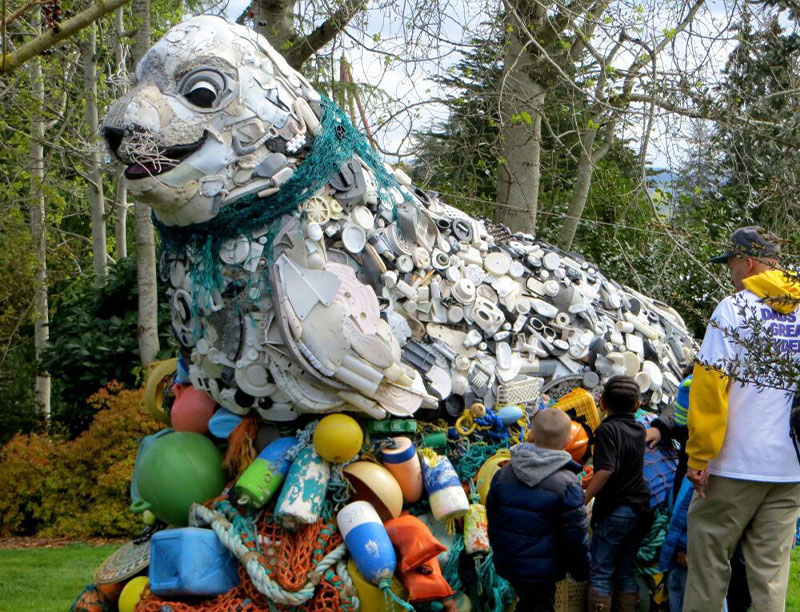 Getting the message out there

The Washed Ashore Project wants its artworks to be seen by as many people as possible and has put together traveling exhibitions to promote its environmental cause. In 2022 you should be able to catch an exhibition of these fascinating collections of statues at the Tennessee Aquarium, Metropolis at Metrotown, B.C., the John Ball Zoo in Grand Rapids, MI, Botanica, the Wichita Gardens, and the Lincoln City Cultural Center. The exhibit will certainly be worth catching if you can! 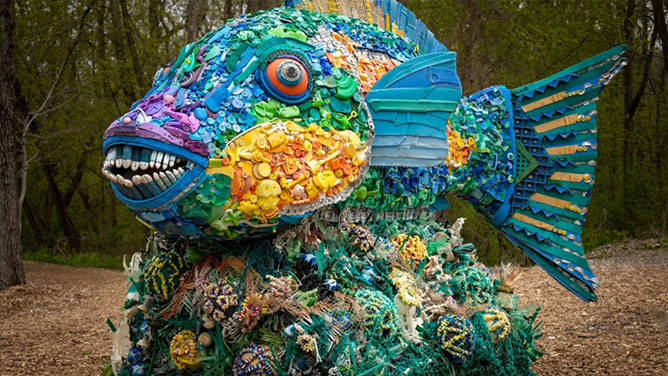 Play the Trivia
Shop The Sale
Share on FB