Sea creatures: the driftwood sculptures bringing joy to Australian beaches during the pandemic - in pictures

Artist Pete Rush’s first driftwood sculpture of a simple horse had such a positive response from locals, that he was inspired to create a whole crowd of sea creatures, made out of natural materials. Rush uses no wire or string in his work, just driftwood, flax and seaweed, and he tries not to disturb natural vegetation. To avoid attracting a crowd of onlookers during a time of physical distancing, he works mostly at night. “In the end, it’s a bit of fun in bad times,’ the Central Coast artist says of his sculptures, many of which are reclaimed by the ocean. Take a look… 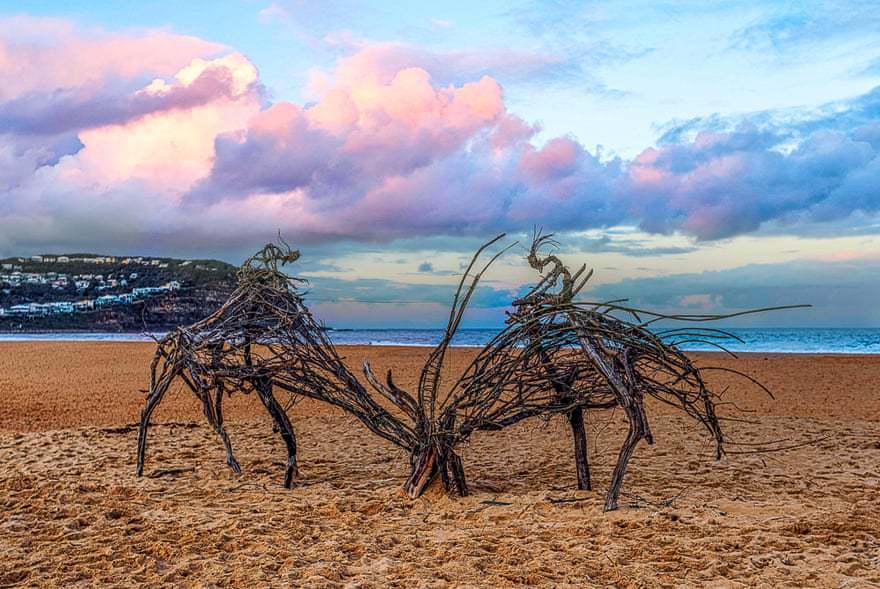 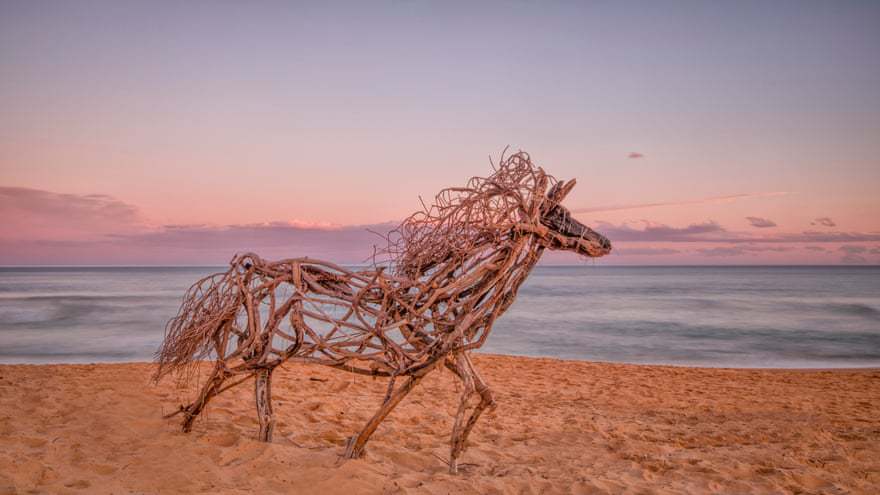 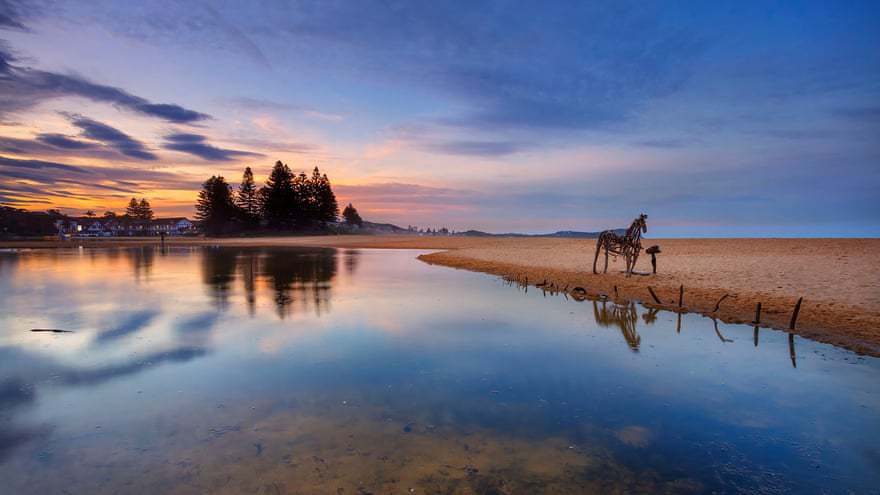 PC: Kevn Morgan
The positive response encouraged him to make more, so he made a life-sized warhorse for Anzac day. 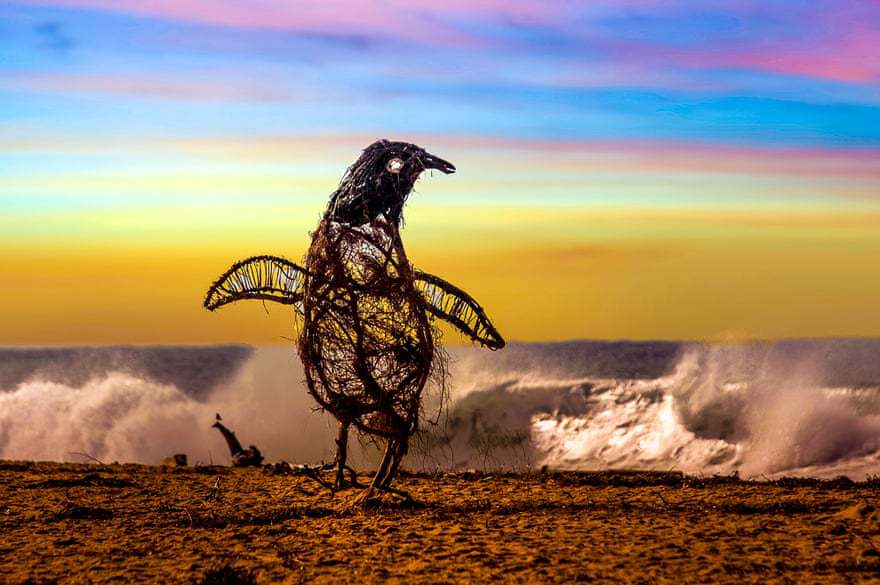 PC: Roslyn Donohoe
Then came a giraffe and a three-quarter sized woolly mammoth, followed by a 3-metre tall megafauna bird. 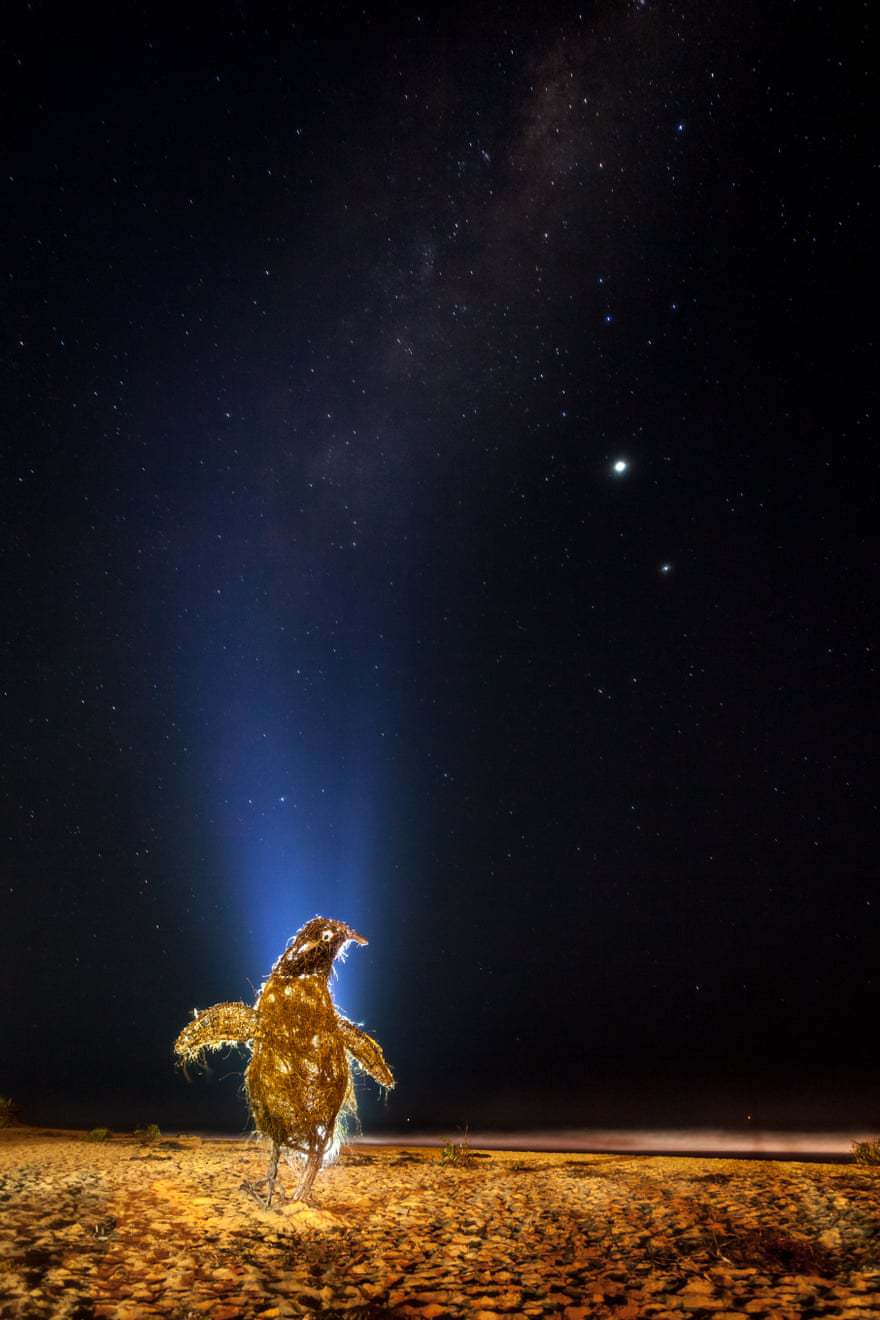 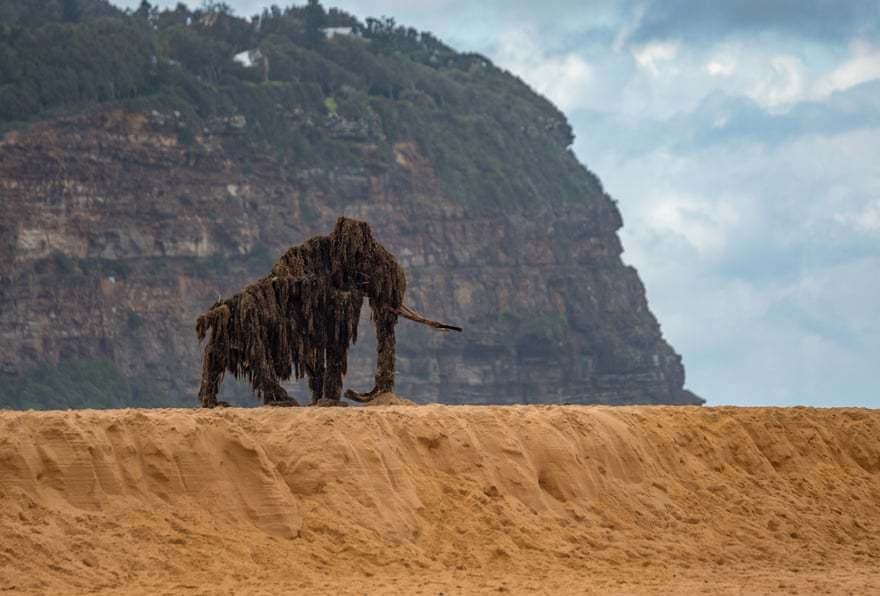 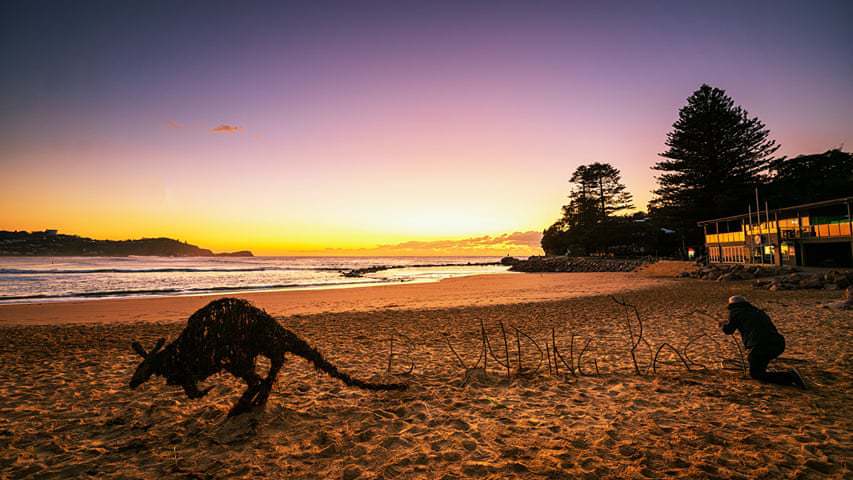