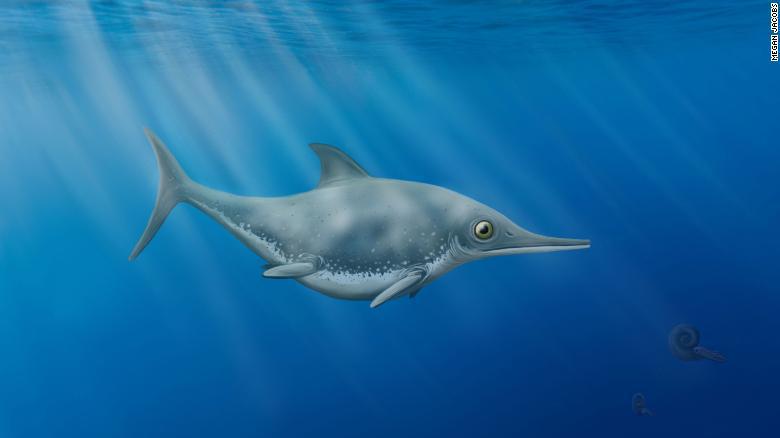 An artist’s impression of the new ‘sea dragon’

When Steve Etches unearthed a well-preserved ichthyosaur fossil in limestone on the Jurassic Coast in Dorset, he thought it was so unique that he handed it off to experts at the University of Portsmouth, southern England, to study.

The fossil was identified as a new genus and species by Megan Jacons, a researcher at the University of Portsmouth and a PhD student at Baylor University, Texas. The 6 feet or two-meter long ichthyosaurus, which lived 150 million years ago, has been named the “Etches sea dragon” after the fossil hunter who discovered it.

Etches was quite happy the discovery was named after him, stating in a press release that “It’s excellent that new species of ichthyosaurs are still being discovered, which shows just how diverse these incredible animals were in the Late Jurassic seas,” Etches added.

This new discovery is one of five species of ichthyosaur from the Late Jurassic period discovered in the UK. They are known as sea dragons because of their usually large teeth and eyes. 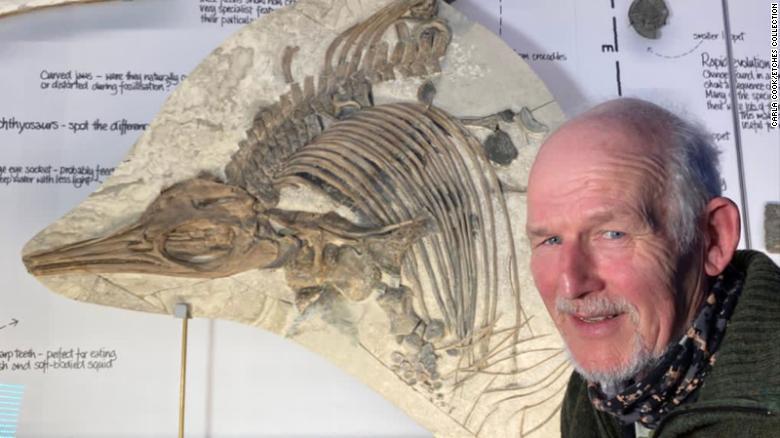 This particular fossil was well-preserved because it settled in a very soft seafloor when it died. This meant the front part of its body sunk into the mud, protecting it from scavengers that ate the tail end. The “Etches sea dragon” has a deep rib cage, small flippers and smooth teeth, which mark it out from others. It likely would have glided through the water using its tail for propulsion rather than its fins and its deep ribcage correlates with large lungs which would have allowed it to dive deep underwater.

Here’s to new discoveries – from 150 million years ago!