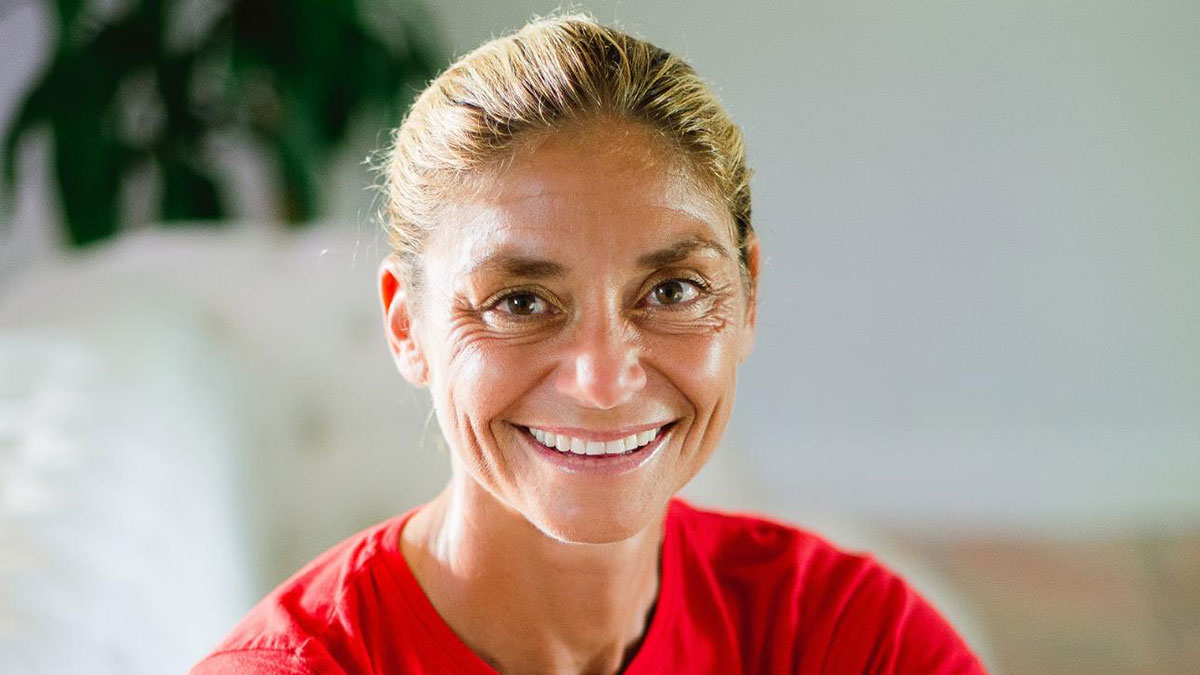 Originally from Italy, Cristina Zenato grew up in the central zones of Africa, spending a large portion of her childhood in nature – a background she calls a ‘water background’. If you look at where Cristina is today, over 25 years into her shark diving career and known as the ‘shark whisperer’ (although she prefers ‘shark listener’), it does not come as a surprise that she’s always had a connection with the ocean. She describes this connection as a “combination of being outdoors, being in contact with nature, and then specifically having an attraction to the ocean through my mom and dad”.

Cristina’s journey to becoming a world renowned shark diver was not part of her original plan.

While studying hotel management, she found herself with a two-week vacation, and ended up in the Bahamas, on a discounted trip during their off season. Within a week’s time, she had flipped her life around by taking a job at a hotel as a language translator, and leaving behind her life back home. Fast forward and Cristina continues to live in the Bahamas, where she dives with sharks multiple times a week and educates people on this remarkable species, through her global platform.

I chatted with Cristina about our misconceptions of sharks, where they may come from, and what we can learn about ourselves from these animals. Here’s what she had to say…

“As humans we’re a very intelligent, amazing, and arrogant species. There’s one place on this planet we haven’t conquered, and it’s 71% of it – the oceans. Once we enter the ocean there’s nothing that can help us, if I don’t have my gear, I can’t see and I can’t breathe. We are absolutely powerless, and there’s nothing in the environment we can modify to make it ours.” 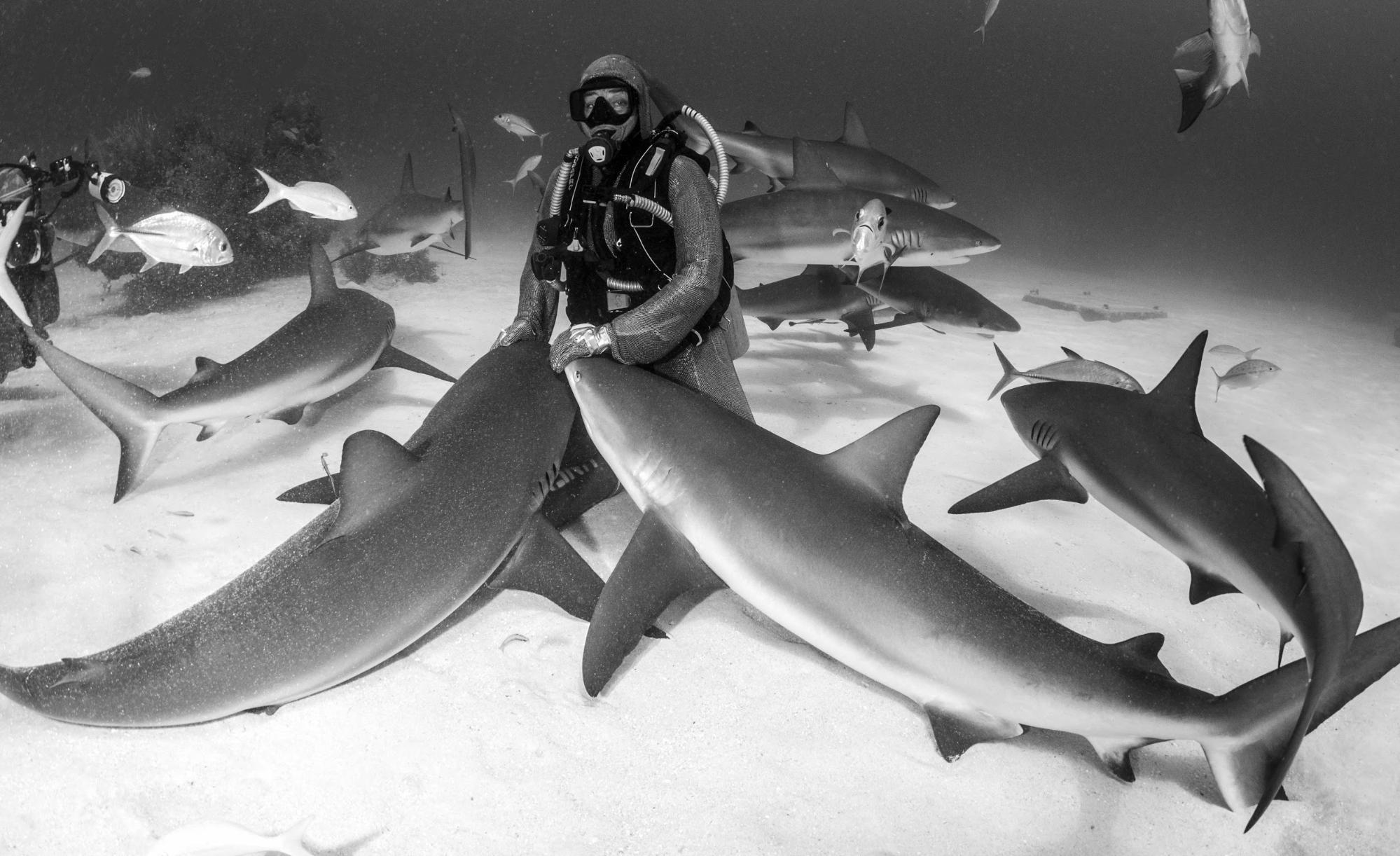 “So then here comes along the shark, which has this predatory look, and brings up the number one thing we have forgotten as humans… we can also be prey. And this, in my opinion, makes us fearful and very angry.”

“Once people have a preconceived notion of sharks, it’s very difficult to change their opinion or broaden their perspective. When people ask me why none of the sharks in my videos are biting me, I compare it to a beekeeper dealing with a bee’s nest. You wear the beekeeper suit when you’re going to be dealing with the hives, I wear the gear when I’m going to be interacting with the sharks.” This doesn’t mean she expects the sharks to pose a threat, but rather it’s a precaution – just like wearing a helmet while rock climbing.

When asked how the movie Jaws plays into people’s misconceptions of sharks, Cristina explains how at the end of the day Jaws was a movie, originally a novel, and fictional. Not a biology book or documentary about sharks, but a fictional novel. It’s therefore quite unfortunate that when many people think of this animal, they hear the soundtrack to the movie or imagine the infamous dorsal fin of the Great White dangerously approaching. 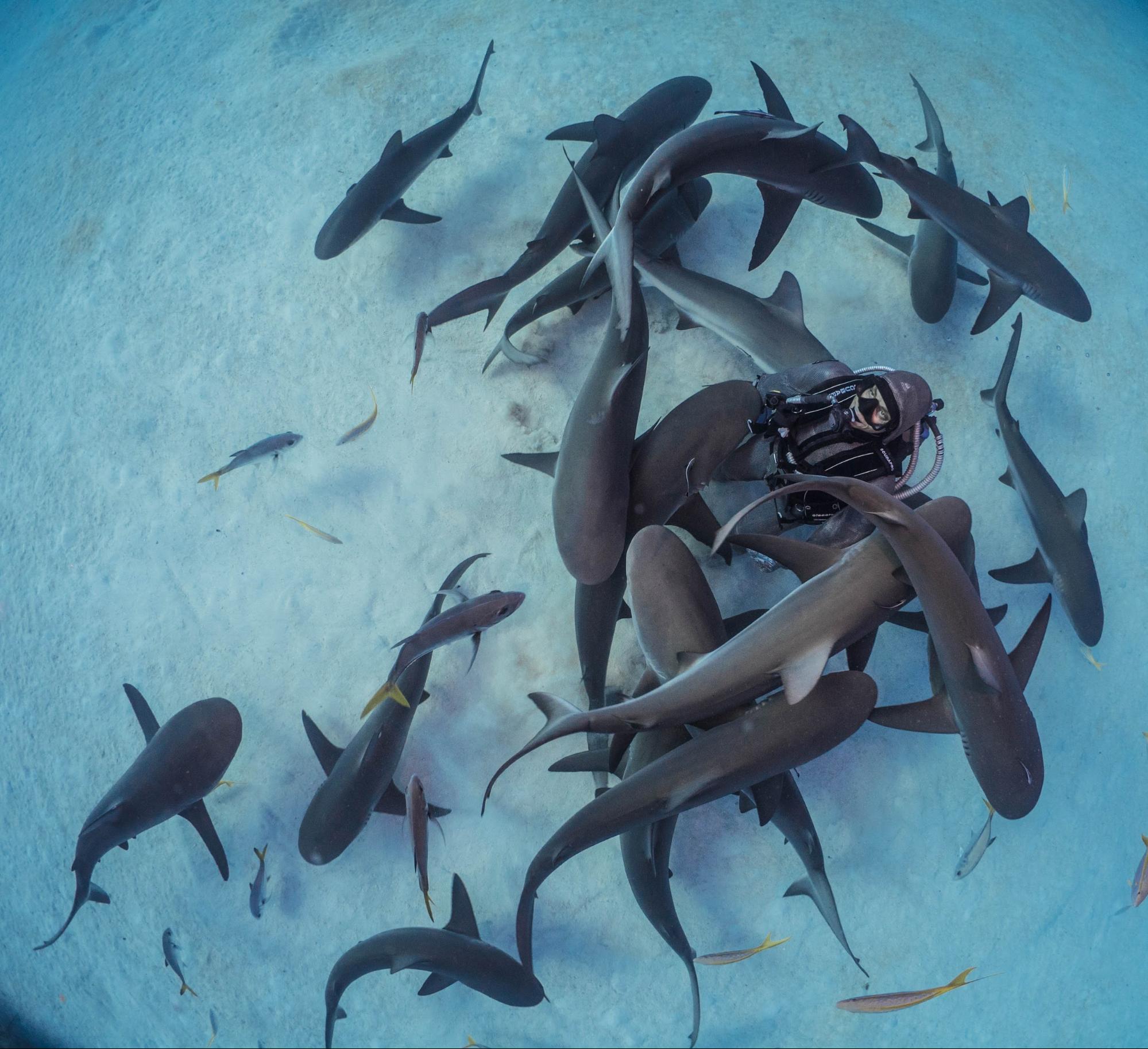 With an annual average of 5 fatalities from sharks worldwide, our fear of them is unwarranted. Cristina explains how it’s up to humans to gain a better understanding of these animals – there are over 500 species of sharks, with the smallest being the size of a pen. Most of the time, when you’re in the water, there are sharks somewhere. They just aren’t interested in you.

Her dad was the first to notice her way with animals, and often commented on her ability to connect with them. Since then, she’s been recognized worldwide for having a special relationship with sharks. Her connection and comfort level with sharks led to the name ‘shark whisperer’. Cristina explains that she prefers ‘shark listener’, as what she does is not a magic trick or an intrinsic capability. She doesn’t whisper to sharks, doesn’t manage them or tell them what to do – rather she manages herself by watching and listening. She explains how the key to gaining a sharks’ trust is patience. Understanding how strange she must look and smell to these animals, a very foreign object with a big tank, blowing bubbles. It can take a while for the new sharks to feel comfortable to come close and investigate, even if other sharks are already around Cristina. It’s understanding it’s not on her terms, it’s on the sharks terms.

As for one of her most memorable experiences, Cristina speaks to the first time a big female shark stopped swimming and relaxed on her lap, where she was able to sit there and stroke this magnificent animal. This speaks to how, contrary to popular belief, most sharks do not die if they stop swimming, but can ventilate on the bottom floor, using a system called buccal pumping.

Sharks in general are one of the most threatened species in the ocean, and one of the most difficult for people to fall in love with and want to protect. “I can’t save all the sharks personally, but I made my sharks the ambassadors for the other sharks out there. By showing my relationship with, my love, and my desire to protect them, I can help people see these animals in a different way. Sharks are animals that feel, fear and hurt, they’re not mindless killing machines. Not just apex predators, they have very important roles, and that’s what I try to bring to the surface.”