Since humans first began to express themselves with painting, the natural world has been a source of inspiration. It continues to do so today, and the work of Portland resident Zoe Keller is a great example of how nature stimulates the artist.

Keller’s pictures combine artistic sensibilities and creativity with scientific precision – you could use her works as a field guide, the most beautiful field guide you can imagine. Her latest, the Ocean Biodiversity Print Series, uses the creatures that inhabit the oceans and seas as the starting point for a range of artworks that satisfy both the eye and the mind. 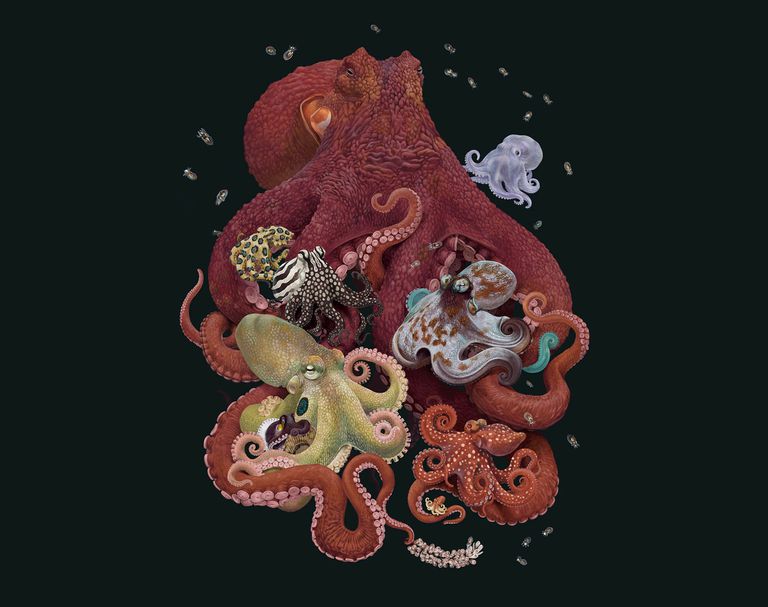 Zoe Keller spent her childhood in the Catskills, New York State, surrounded by forests and the animals that lived in them. She used the landscape as inspiration for her growing artistic skills that she honed at the Maryland Institute College of Art. Her interest in scientific illustration blossomed some years after graduation.

The simple graphite pencil was her medium of choice, and one can only wonder at the meticulous detail apparent in every picture. Every snake scale, every feather of an eagle, and each hair of a goat is depicted with infinite care and precision. But her pieces are not just anatomically correct, they are driven by an artistic sensibility that lifts them from illustration to art. But there is no artistic license taken and each of her prints is accompanied by a key identifying the individual species.

Throughout her work, one is aware of not just an interest in nature but a love of the natural world – its beauty and diversity – and an awareness of its fragility. She places special importance on depicting at-risk species and ecosystems and hopes that her output will evoke awareness and concern in her audience. She has said that “People will protect what they know, and what they have come to love.” 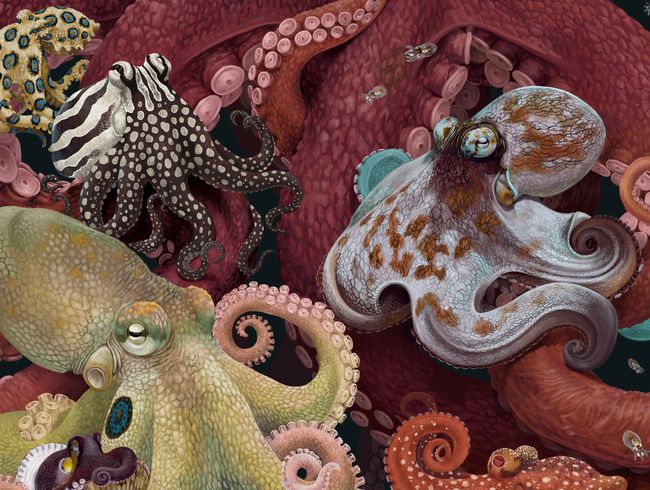 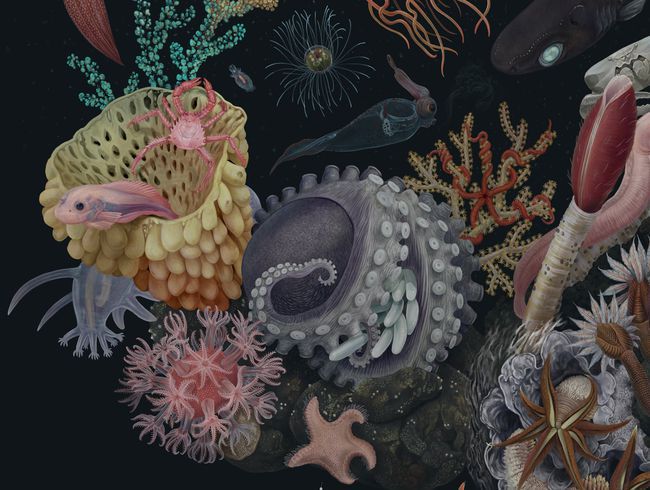 The move to the digital medium

Keller has now brought color to her work, using both Photoshop to colorize her mechanical pencil drawings and digitally originating with Procreate on an iPad Pro. Whatever the medium, the results are stunning, as the first four examples of the Ocean Biodiversity Print Series testify whether the subject is seahorses, jellyfish, or the deep sea.

Her pictures are based on knowledge and she does painstaking research before she begins a piece. First comes the books and scientific articles, but this is complemented by actual visits to the particular ecosystem she is illustrating if that is at all possible.

Learn more about the ocean in pop culture

A call to slow down

She hopes to inspire her viewers and that they will “slow down and look for the details in the natural world around them, to seek out small moments of delight that might be missed if you are moving too quickly.” She believes that all species, whether large or seemingly insignificant “have a unique beauty that is worth preserving.”

As a fervent supporter of the growing environmentalism movement, it was natural that Keller should turn to the oceans as subject matter with its massive problems of both plastic and chemical pollution. She is aware of how much is still to be discovered about the creatures that inhabit this vast ecosystem and has said “It would be an unbelievable tragedy to lose the magic of the deep sea and its unmatched, unknown biodiversity.” 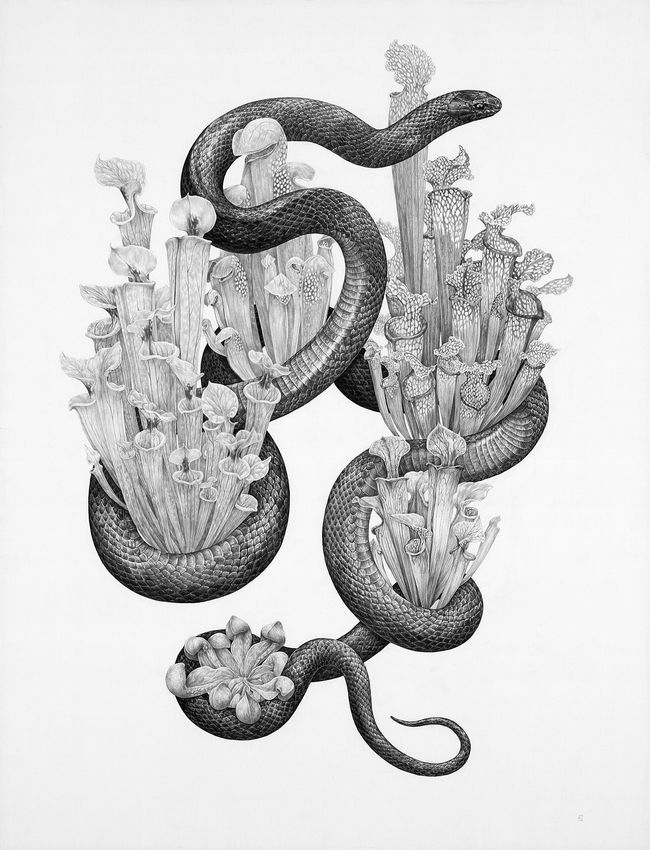 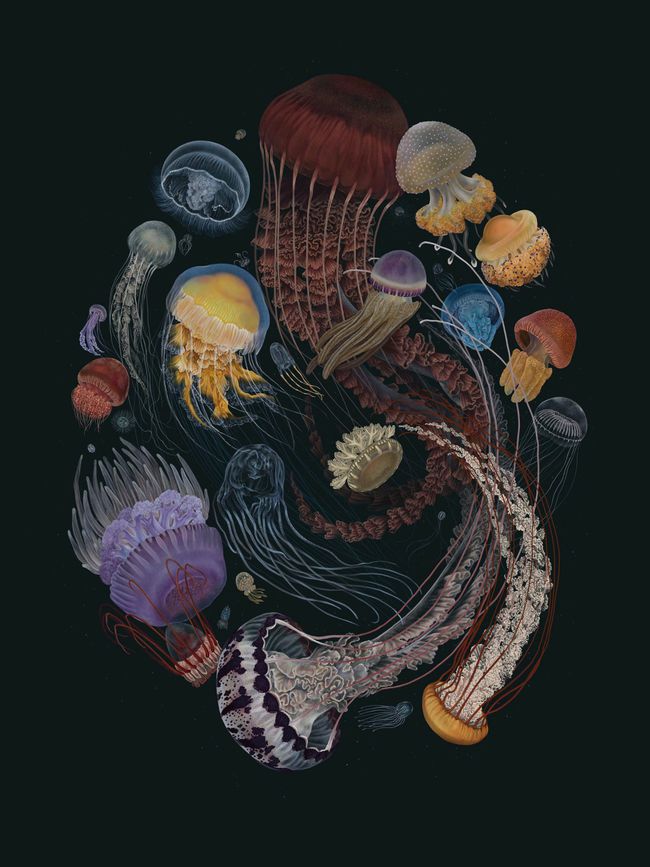 The Ocean Biodiversity Print Series was developed in conjunction with PangeaSeed, the nonprofit organization that aims to meld together research, education, and art to further the conservation of our oceans. The first sets of prints of the series, not surprisingly, are sold out but there are more in the pipeline. If you want to see her work, visit her website or through Facebook or Instagram.