A Memory Bobbing Around the Ocean

In 2017, a message in a bottle was thrown overboard by then 17-year-old Niki Nie, as she crossed the equator while sailing with her family between Vanuatu and the Marshall Islands. More than 2 years later, the Conservation ranger Steven Amos found this message in a bottle as he was cleaning the beachfront on Panasea island in Papua New Guinea. 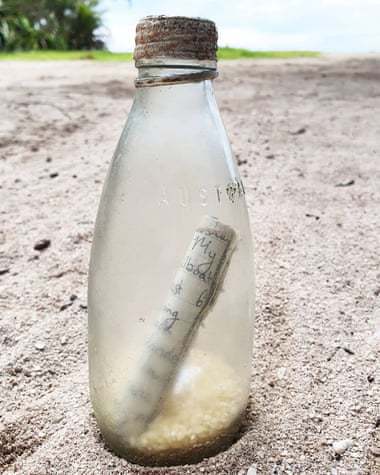 “I suppose if you are reading this, it means that this bottle has survived its long journey and managed to safely land in your hands. I hope it finds you well!

“I am extremely curious to know where this bottle landed and how long it took to get there.” 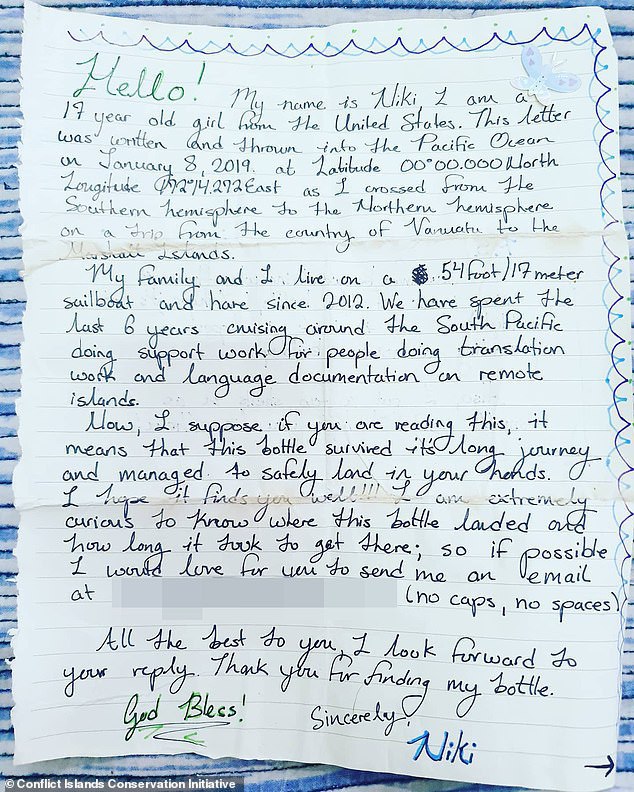 Amos, who has been working with the Conflict Islands Conservation Initiative for four years, involved in turtle conservation and plastic collection, was extremely excited when he found the bottle.

“When I read the letter, I tried my best to get in touch with Miss Nie and with my colleague’s assistance – I was able to do that. I was so excited, I couldn’t sleep when I was told I was to meet her via Zoom,” Amos said.

It was close to not happening. The email address on the letter bounced, but thankfully a social media post found its way to Nie, who responded online. The pair were eventually able to meet online.

“When I threw the bottle overboard, I never imagined that I would actually meet the person who found my message”, Nie said.

“I also would never have guessed that it [bottle] would have landed in Alotau, Papua New Guinea – but it’s incredibly amazing.”

Amos has invited Nie to the Conflict Islands when Covid-19 restrictions ease.

“I just wanted to leave a little piece, a memory bobbing around the ocean that we spent so much time in.” She had since returned to the US to begin college, when her note found its way back into her life. The note, in its tightly sealed bottle, had travelled more than 2,500km to the remote Conflict Islands. 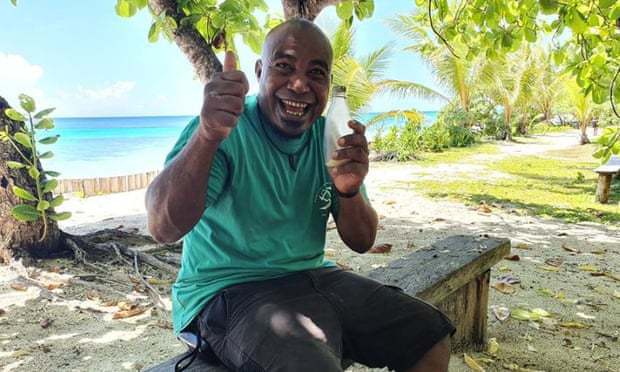