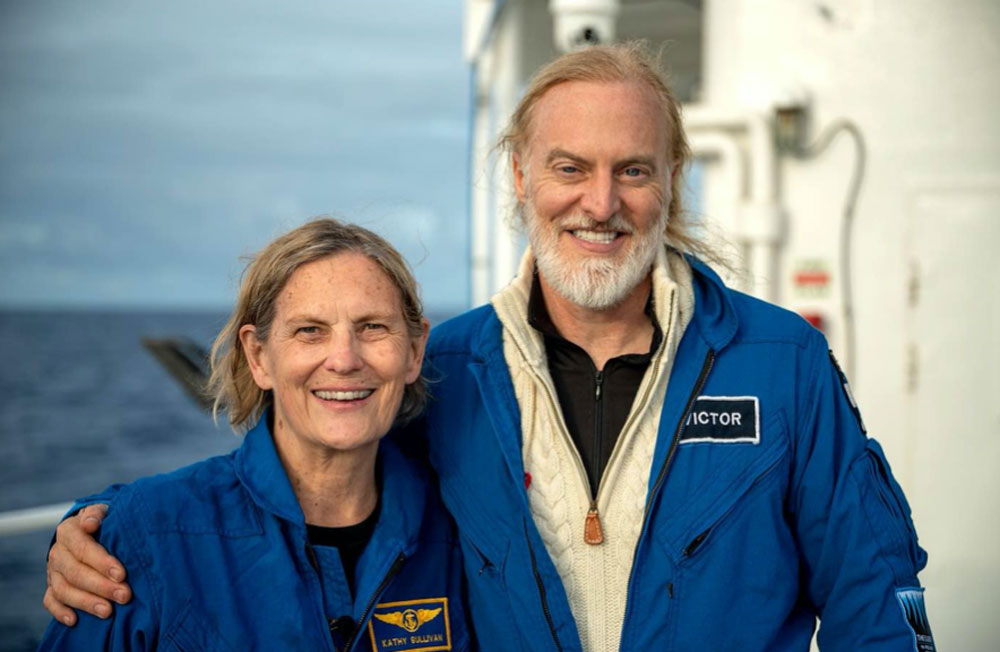 It’s safe to say Dr. Kathy Sullivan has had some highs and lows in her life.

At 68 years old, diving 35,180 feet (11,000 meters) below the surface, Dr. Sullivan became the first woman to explore the Mariana Trench and the deepest point under the ocean.  35 years earlier, she became the first American woman to walk in space. Two very monumental moments for inner-space and outer-space travel.

On June 7th, Dr. Sullivan and her colleague, oceanographer Victor Vescovo, spent an hour and a half at the deepest depths of the ocean, called the Challenger Deep, snapping pictures from the security of their speciality submersible, named Limiting Factor, taking in the wonder of the world, 7 miles beneath the ocean’s surface.

Next came a four hour ascent to the surface, where another world-first took place: a call between Dr. Sullivan with the Limiting Factor and the International Space Station. This conversation between two ‘spacecraft’, one operating as a platform for research in outer space, the other an exploration vehicle for inner space, highlights the vast span of human endeavor while at the same time linking fellow explorers close together.

“As a hybrid oceanographer and astronaut this was an extraordinary day, a once in a lifetime day, seeing the moonscape of the Challenger Deep and then comparing notes with my colleagues on the ISS about our remarkable reusable inner-space outer-spacecraft,” – Dr. Sullivan in a statement released by EYOS Expeditions, the organizers of the deep-dive.