When you last stayed at a hotel, did you find a fresh packaged bar of soap on the bathroom counter? These soaps are a favorite of hotels that want to show guests that everything they’re getting is fresh – especially in the era of COVID.

These soaps are used by 86% of all guests, but of course, not all guests take these bars home (which is totally okay to do!). What happens to the bars that have only been used a few times?

They go in the trash. It’s estimated that the hospitality industry generates 440 billion pounds of solid waste, much of which is those soaps and other amenities that have only been used a handful of times.

This trend would have continued if it weren’t for one man. 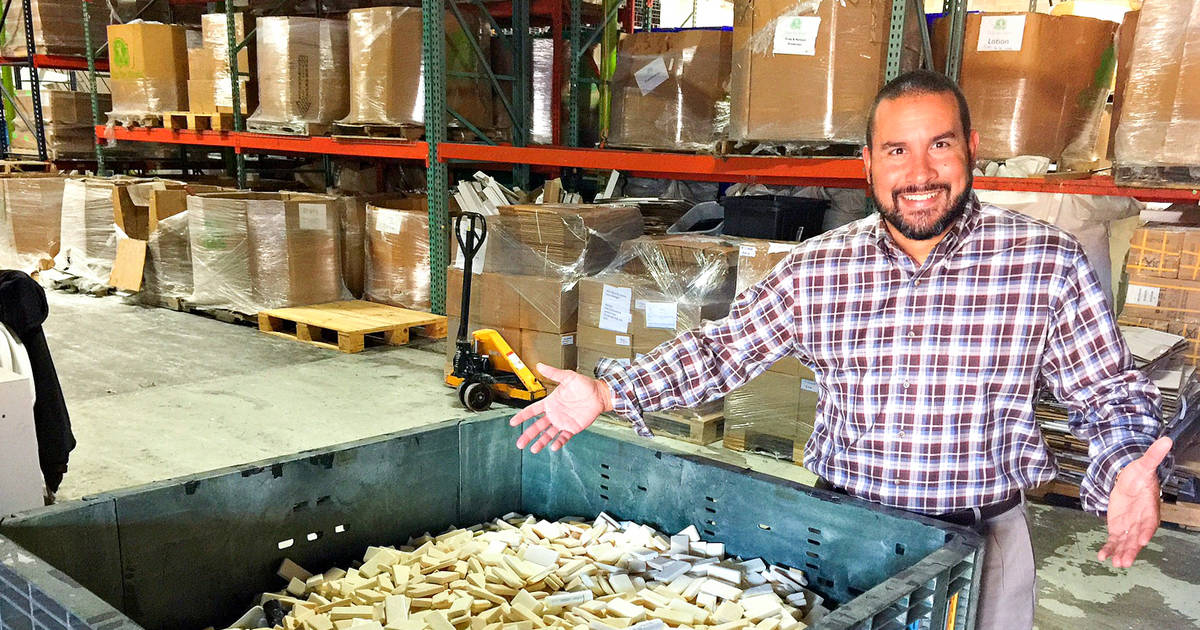 Shawn Seipler was a technology executive that spent 150 days a year on the road, traveling from hotel to hotel as he spoke to clients. One night while relaxing in his hotel room, he wondered what happened to all the soaps he’d used over the years.

He called the front desk and, somewhat surprised at the question, they told him that it all gets thrown out so all new guests get fresh soap. He asked if it was the industry norm to do this, and they told him it was.

A little while later, he’d done the math and realized that millions of bars of soap were going to landfills that were perfectly salvageable. He couldn’t stop thinking about it, and so when he was at home in Orlando he decided to visit his local Holiday Inn to ask if they’d be willing to pass those soaps onto him instead of putting them in the trash.

The managers there happily handed over a big bag of half-used soaps, and he proceeded to visit 6 other hotels in the area, all of who obliged.

Now in possession of thousands of bars of soap, he was ready to make use of them. 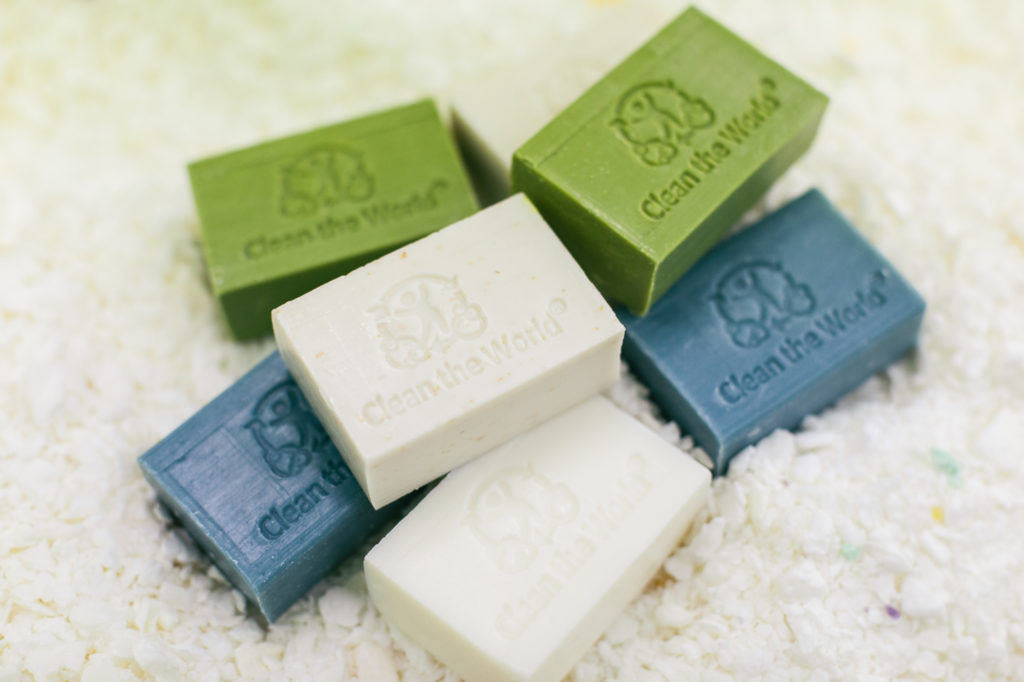 The Path to Recycled Soap Bars

Shawn sat down with a few friends in his single-car garage with a few large trash cans, a meat grinder, and three large slow cookers. They peeled the outside of the used soaps with potato peelers and then ground up the remaining unused part of the bar with the grinder.

The pulverized soap was then added to one of the slow cookers, which melted it down. Once liquidated, Shawn poured the mixture into a large tray, allowed it to cool overnight, then cut it into bars in the morning.

Some of us would think of this as a great way to recycle and make money with a new business idea, but Shawn had a greater vision.

Shawn knew there were two problems he could help to solve:

Shawn decided to launch Clean the World, which could solve both problems. Of course, there was a hurdle – while he could produce up to 500 bars of soap a day in that little garage, he couldn’t scale. He applied for a grant from the Bill & Melinda Gates Foundation, but they received a rejection email within 8 hours of submission.

His solution? Work with an annuity model.

Instead of looking for outside money, he’d reach out to the hotels to help them reduce their carbon footprint. He would charge hotels less than a dollar per room, per month to participate in Clean the World’s soap recycling program, which would provide them with everything they need to easily recycle the soaps and the hotels would receive reports about how their donations were positively impacting the world.

Hotels were more than happy to get on board. 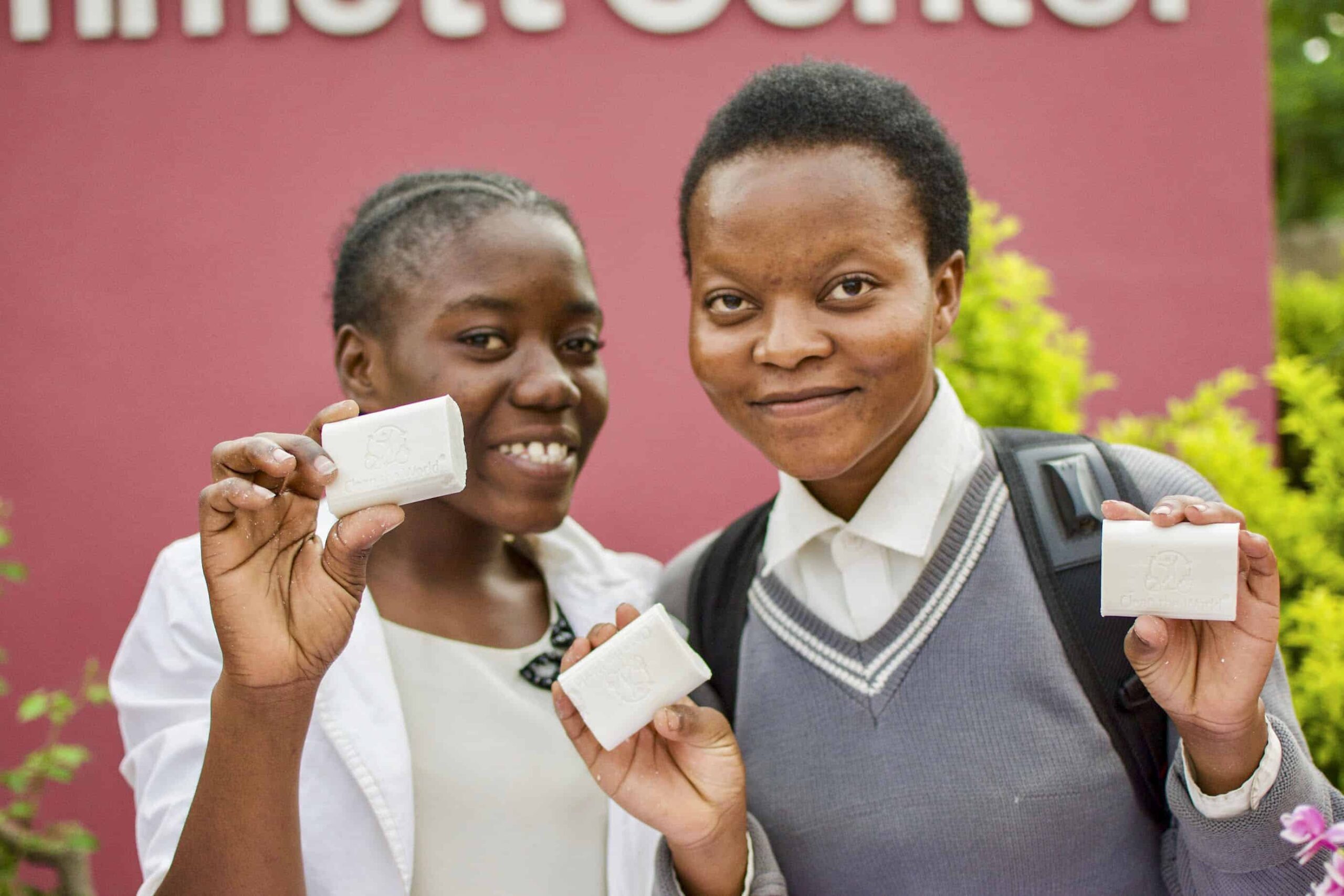 Today, Clean the World works with more than 8,000 hotels (1.4 million+ rooms), including chains such as Hilton, Marriott, and Walt Disney Resorts. Since they started in 2009, they’ve collected 13 million pounds of soap from hotels and distributed more than 68 million bars of soap to countries with children in need.

When the pandemic hit and hotels suffered, Clean the World pivoted and reached out to people at home to receive donations. Over the years, Clean the World has helped reduce hygiene-related deaths by more than 60%. Those little bars of soap you use once or twice in your hotel room may go on to help save someone in need in a different country entirely.