The roseate spoonbill is a bird so colorful that it would look right at home in a Pixar movie, and its spoon-shaped bill certainly doesn’t detract from their potential future as an animated star. If you’ve spent time in coastal areas of the south you may have seen these beautiful birds wading in shallow areas, but most of us are only lucky enough to see them in real life in captivity.

Birds have some interesting nouns for when they’re in a group – you may have heard of a murder of crows or a parliament of magpies, well spoonbills have an equally interesting name: a bowl of spoonbills!

Ready to learn some more interesting facts about these colorful water-loving birds? Read on! 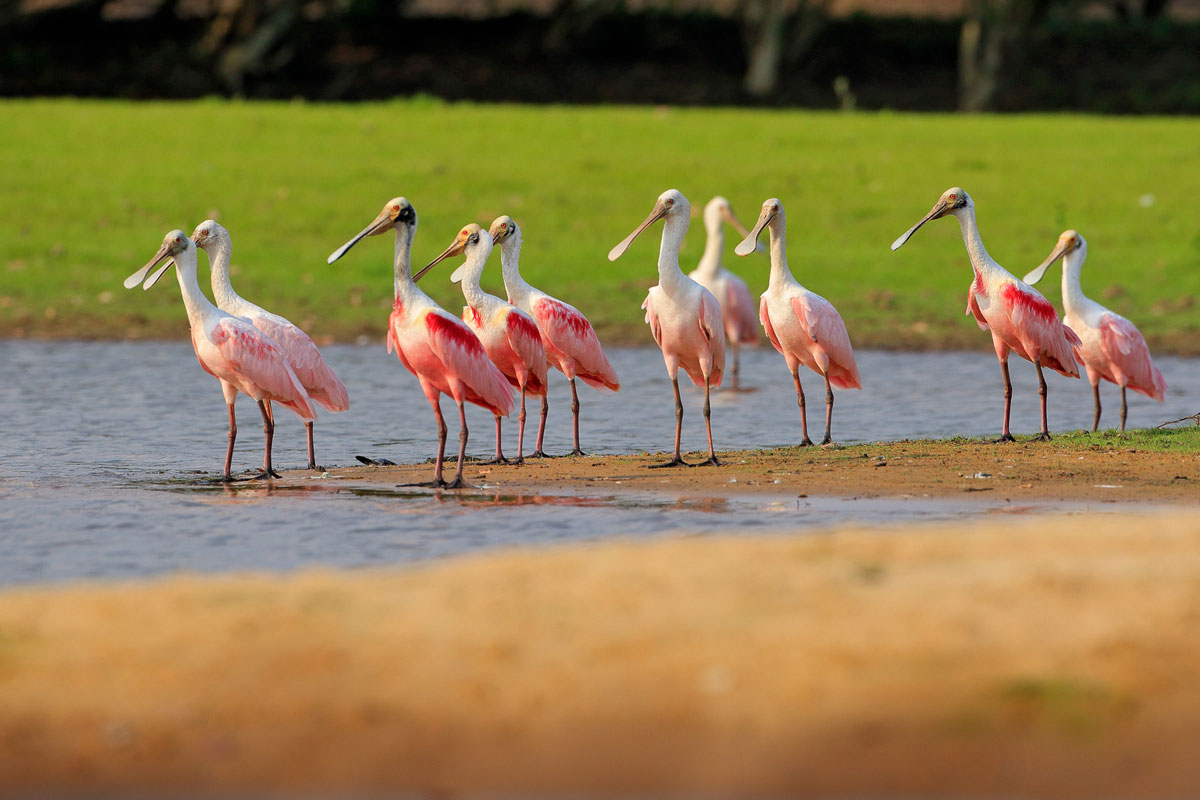 1. They’re named for their pink hue

Roseate spoonbills get the “rose” in their name from their beautiful pink coloring, which looks as though they’ve been dipped in raspberry syrup. Roseate spoonbills have a dark pink band at the top of their wings, and a softer pink from there down. They also have pink-red eyes, which is particularly striking as they also have light blue or silver heads. 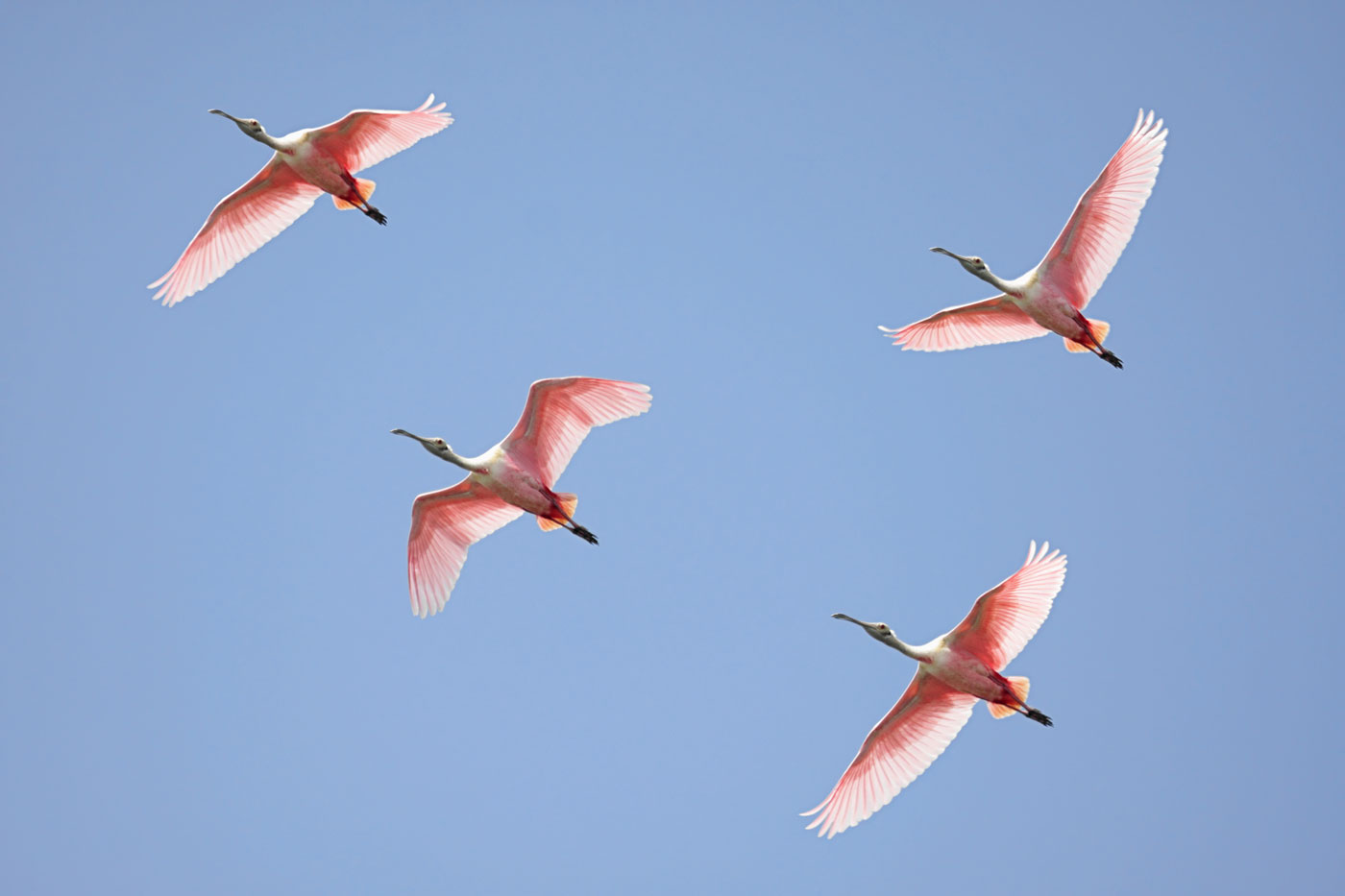 2. Their wingspan is almost double their height

Because Roseate Spoonbills are quite pink and live in Florida and other coastal areas of the south, people sometimes confuse them with Flamingos. While the biggest difference between flamingos and spoonbills is their beak shape, spoonbills are also significantly shorter than them. While flamingos average a height of 1.25m (just over 4’), roseate spoonbills only usually reach a height of about 80cm (around 2’6).

While they may be small in stature, they have a wingspan that is almost twice as wide as they are tall – reaching up to 120cm (4’).

3. They use their spoon-shaped bills to snap up their prey

There are 6 different types of spoonbill in the world (roseate spoonbills are the only ones with pink coloring and the only ones found in the Americas) and they all use their spoon-shaped bills to catch their prey. Their bills are relatively wide and flat, with a wider circular shape at the bottom of their bill. This “spoon” shape only develops once the chick has broken free of their egg – they’re actually born with straight bills!

When they feed, they put their bill in the water and sweep it along, snapping it shut when they feel prey touch the inside of their bill. Roseate spoonbills feed on crustaceans, small fish, insects, and some plants. 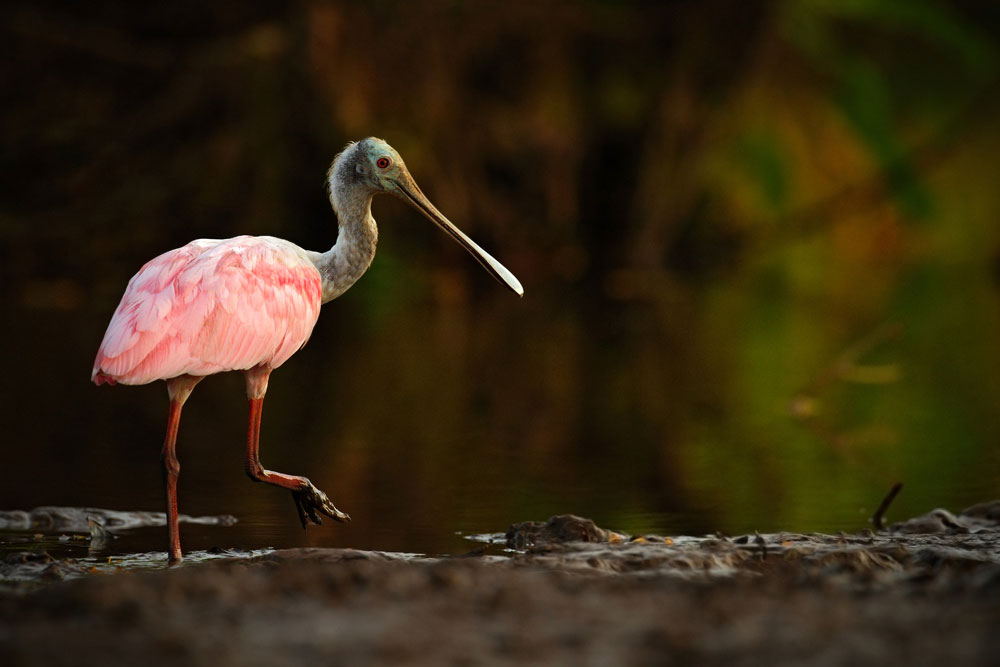 Before 2006, experts thought that roseate spoonbills only lived to be about 7 years old. However, that year experts in the Florida Keys discovered a bird that had been first banded in 1990, making it 16 years old!

You can get a general idea of how mature a roseate spoonbill is by its coloring – while they always have their distinctive pink lower-half, the vibrancy of the other colors on their body develops as they grow older. When young, they’re pale, but older roseate spoonbills often have touches of yellow and a deeper green-blue or yellow-hued head and fewer (if any) feathers on their head. 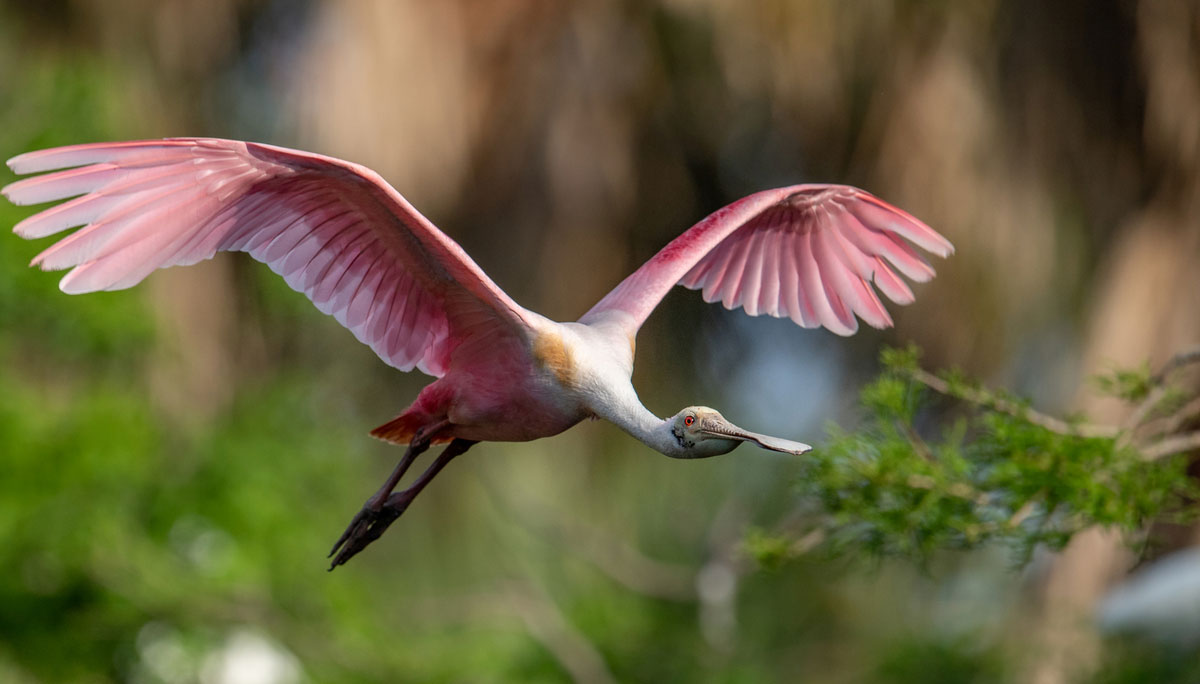 Roseate spoonbills would be extroverted if they were human – they love spending time with each other and even with other types of wading birds such as cormorants, herons, storks, and egrets. In fact, it’s rare to see them alone; they nest in colonies and fly in flocks. 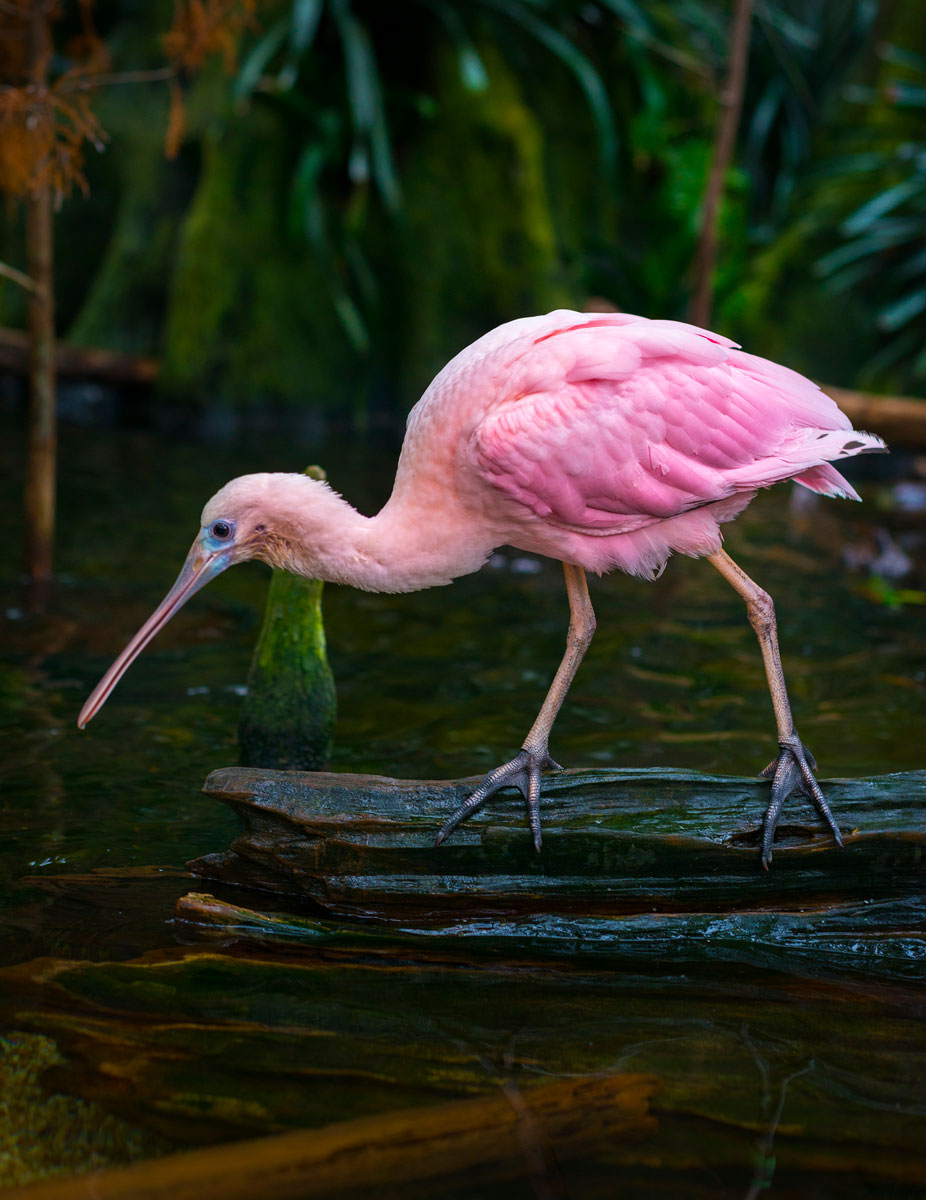 Roseate spoonbills are fairly common in Florida and other coastal states, but that wasn’t always the case. In the 19th century, they were hunted extensively for their beautiful feathers, which were used to make fans, screens, and to decorate hats, and the accelerating human population in those areas also meant their habitat was largely destroyed. Fortunately, they received legal protection in the 1940s, and their numbers have recovered. We must continue to protect their natural habitat so we can continue to see these beautiful birds thrive!